Dress Up and Play!

As some of you may already know, I've organized an event in downtown West Branch, CosPlay (short for "costume play"). Basically, you dress up as your favorite cartoon, video game, super hero, movie, sci-fi, fantasy character. Pose for photos, interact with other fans of the genre. It's for ALL ages. If you've always wanted to dress as Frodo from Lord of the Rings, or Princess Leia from Star Wars, now's your chance! I'm hoping to organize a costume contest and I might do free cartoon/comic book sketches for a half hour, or maybe $1 a drawing. There will be some vendors selling toys and comics. It'll be fun. It's also the first weekend of "The Amazing Spider-Man" movie in theaters. So you can grab a flick while in town!
This takes place Saturday, July 7th from 4-7pm. If you want to participate in the costume contest, there'll be a table to sign up.
This is all FREE, by the way. Except vendors' products, of course. Here's an example of CosPlay: 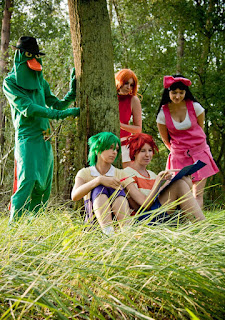 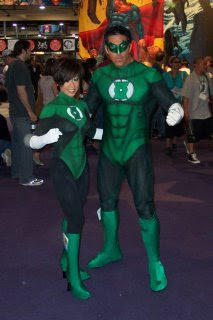 Maybe there can be some re-enacted battles, like Star Wars vs. Star Trek, X-Men vs. Avengers. Who knows? And I'm hoping to make this an annual event.
Posted by jasontheartist at 11:49 AM