Support for a local?

I've been directed to a gallery in New York in hopes of getting interest in my work and maybe exhibiting in said gallery. I contacted the gallery owner and he said that my work is "cool, unique and good shape". Having said that, he gave me the info on his next exhibit in December, which to me means he likes my work enough to have me show in his gallery. However, he requires a fee of $400 to cover advertising, reception and other expenses. Now, here's the glitch: I have no money. Zero. Zilch. So that opportunity slips through my fingers.
It's been suggested that maybe I can ask the West Branch community to show their support for one of their own in his pursuit of making it as a successful artist. I'm not looking to move to New York or California, mind you. I would want to stay in West Branch because it is my home and I've always loved this small community. I want to be a success story from West Branch, as West Branch natives Dita Von Teese and Marvel Comics writer Daniel Way have become. The difference being, I don't want to leave!
That same suggestion recommended having a fundraiser to get me exhibited in New York, or even Chicago or California. But the thought comes to mind "What if I throw a fundraiser and nobody comes?"
Posted by jasontheartist at 9:31 AM No comments:

I can't remember if I've posted about this, but I've been in contact with an art dealer in Northern Michigan who is interested in my work. She's said that she would like to see me do some figurative oil paintings because her gallery is missing that kind of work. Recently she mentioned that she has clients interested in black and white work as well, which opens up my opportunities a great deal. I have ideas in mind, and a couple models lined up. However, I still have commission work to finish before I can focus on the work for the art dealer. I'm very excited about this chance and REALLY don't want to blow it! I have alot of old photos I can work from from my photography days, but I also want to work with live models. My hands begin shaking as I think of all the things I can be working on! Then I remember- I don't really have any studio space for these models to pose or space to work with good lighting and, well, space.
Hmm.
Posted by jasontheartist at 10:08 AM No comments:

If you are reading this due to my Twitter post about skin, I really don't know what to say. If you're checkin' ME out for fleshy visualization, then I tip my hat to ya! You are brave, curious or just desperate for Nuttall lovin'!
Posted by jasontheartist at 1:41 PM No comments:

Ok, I'm feeling kinda down and VERY smart ass/snarky. I've decided to randomly make wise-ass comments on Facebook, Twitter and whereever the hell else I can. DO you know why?

Me either. But it's what I do well.
Posted by jasontheartist at 1:39 PM No comments:

Office Space in my dreams

Recently I've found some office space in my hometown that I thought would make good studio space. The rent is fantastic, but I just can't swing it. It is VERY reasonable. I invited other artists to come in and share price. They can come in whenever they want and use the space without worries, but nobody seemed interested. I know that it seems dumb to be so upset about this, but the price is perfect and I'm ashamed that I can't take advantage. I need an open studio where I can have models, set up shoots, paint in a well-lit area, and display work. I can't continue to work the way I'm going. But in the condition things are in, I will have to suck it up and pass on this great opportunity. Even my wife thinks it's a great deal and would be good for me, but the money just isn't coming in regularly enough to pay monthly.
Posted by jasontheartist at 5:32 PM No comments: 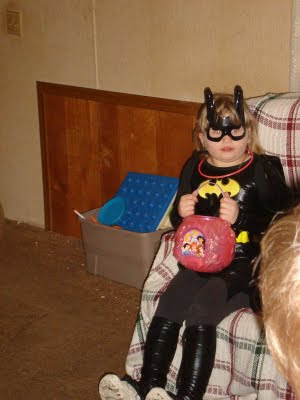 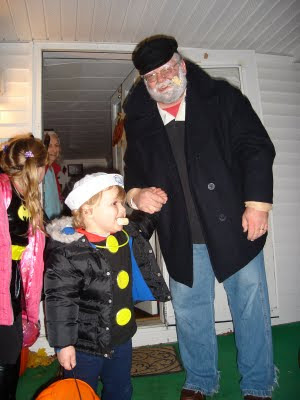 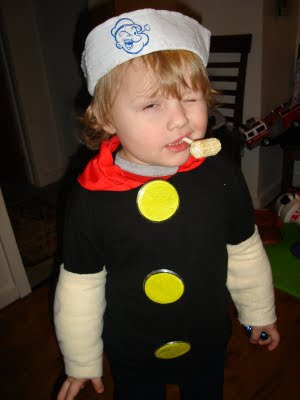 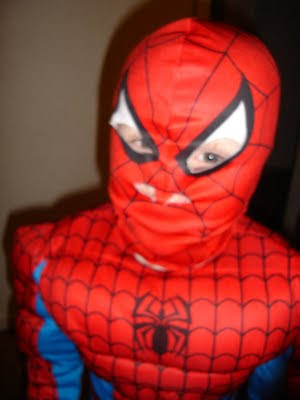 This Halloween was a good one, except for the cold and the kids being sick. My wife and I worked together to make 3yr old Logan's Popeye costume. I could NOT find any kid's Popeye costume in stores OR online anywhere. Not even Ebay! I made my own costume, including the corncob pipes Logan and I sported. I asked him if he wanted me to be Bluto, Wimpy or Poopdeck Pappy, Popeye's dad. He insisted on Pappy.
This was Mikey's first year as Spider-Man. He had a tough time with the mask so spent half the night without it. Rebecca was Batgirl. I can't BELIEVE how slutty the costume looks! Because of the cold, we had her wear a long sleeve black shirt and black pants, which I think looked great! I don't know what the hell the designers were thinking for this outfit for little girls!
Logan wanted to go home after the 3rd street, and Mikey was WILLING to go home after the 4th.
Posted by jasontheartist at 12:34 PM 1 comment: