Why I Draw Jack

I guess I haven't posted the work from my "Jack Nicholson" series. I thought I had. Well, here it is.
I have been a huge fan of Jack Nicholson since my dad made me watch "The Shining" and "One Flew Over The Cuckoo's Nest" when I was around 12. Since then, I've been mesmerized by his look, his acting and his personality. I do feel that he is a fantastic actor. I may have been disappointed in some of his movies, but never his performances. He inspired me to want to act. Then my lack of talent and memorization of lines inspired me to stick to my artwork.
I did my final speech in Speech class in high school about Jack. I did a clay bust of him in college (I had to throw it away because I messed up the plaster cast and the clay would've just dried out). I want to portray him away from the typical images of him, or overused images. I will NOT portray the scene from "The Shining"! Or him in "A Few Good Men"! I feel they've become too cliche. Only if the role or scene means something to me will I portray it. I'm still working on the series, but here's a few pieces of said series. What do you think? Oh, and there are some pieces I haven't posted, and you'll have to come to the studio to see them!! So THERE!!! 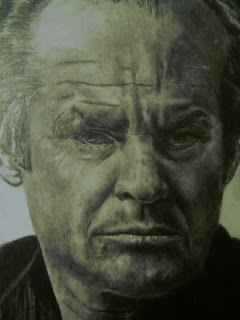 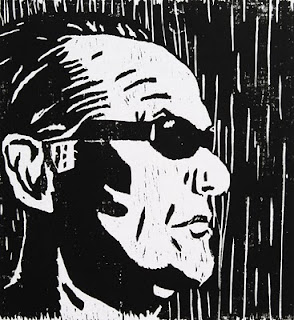 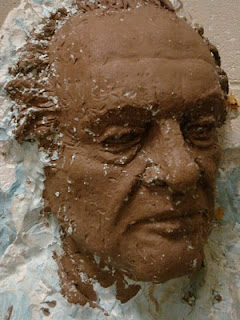 Posted by jasontheartist at 9:49 AM

Email ThisBlogThis!Share to TwitterShare to FacebookShare to Pinterest
Labels: a few good men, clay, Jack Nicholson, one flew over the cuckoo's nest, speech, the shining